It’s a slow news day so let’s tackle a topic that’s more fun than anything else. Today’s post is about a guy who sold everything he owned, even his clothes, and bet his entire net worth on one spin of the roulette wheel at a Las Vegas Casino. This is the true story of Ashley Revell and his crazy/stupid/gutsy plan to put it all on the line.

No matter the outcome, gamblers love a good story. We like to swap stories about the missed bad beat jackpot, the spin of the reels that paid off the credit card and the poor bloke down the street who lost the shirt off his back after a bad night of cards. Win or lose, these stories are always captivating. Maybe it has something to do with the fact that life itself is a gamble. Maybe it’s just mindless fun. Whatever it may be, a good gambling story always deserves a good telling.

This particular story started way back in 2004. Ashley Revell was just a normal 32-year-old from England. The story goes that Ashley and a few friends came up with the idea over a beer (or maybe a few). They pondered on what a tale it would be if someone were to do the unthinkable and risk every last penny on one big, once-in-a-lifetime roulette bet.

Win it and you’re the story of the town that turns others green with envy. Lose it and you’re the laughing stock, the idiot who should have known better. The best part of all is that the outcome is 100% dependent on luck. Place the bet, cross your fingers and watch helplessly as the wager plays out right before your eyes. There’s nothing you can do once you’ve agreed to the bet and handed your money to the dealer.

Something about the idea struck a chord in Ashley Revell. He was single, had no kids and not much of a savings to worry about. With £10,000 to his name, he didn’t have that much to lose. He could just sell everything he owned, place the bet and start over from scratch if it didn’t pan out.

So, that’s exactly what he did. He held auctions and went to car boot fairs to sell off everything that could fetch a price. Eventually, online bookmaker Blue Square caught wind of the scheme and donated some money to Revell’s gambling fund. In return, he had to change his name to Ashley “Blue Square” Revell. Hey, if you’re going to lose it all on one shot, a funny middle name is going to be the least of your worries.

All told, he raised about $136,000. Ashley and his friends decided to record the entire event so they could at least have something to look back on later if the genius plan didn’t work out. Later, Sky One television got involved and also sent along some people with cameras to film a mini documentary called “Double or Nothing.”

Ashley set the plan in motion by booking a flight to Las Vegas and wiring the rest of his life’s work to the casino. Upon arrival, he had one more choice to make: whether to bet it all on red or black.

With a rented tuxedo on his body and a curious crowd at his back, Ashely Revell approached the roulette table with a big stack of chips. His entire life’s work was literally in the palms of his hands as he leaned forward and dumped it all on the felt. The dealer explained that he would need to declare his wager before the ball had made more than three revolutions around the roulette wheel. 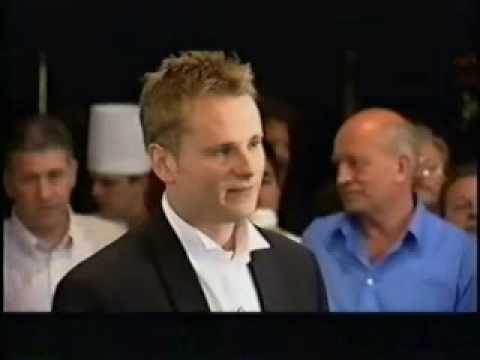 Almost as soon as the ball went to spinning, Ashley Revell suddenly leaned forward and declared “red” as his choice. The ball slowed, took a few bounces and eventually settled in the slot that doubled his life savings: 7-Red.

Ashley Revell’s plan to bet it all on red may look like a wise choice in hindsight, but it’s really a tale of what not to do. For every Ashley Revell, there are a dozen others who got in over their heads and really did lose it all. Those massive, shining casinos that light up the desert were not built on the backs of lucky players like Mr. Revell.

There’s a very good reason you always see me droning on about bankroll management. It’s because you never know what the outcome may be. No matter how great a bet may look on paper, there is never a guarantee when it comes to gambling. For the most part, only the lucky players make the news and become legends. You never hear about the hundred poor saps before him or the hundred after who had to call home for a Greyhound ticket.

Today’s tale is a cool story and we should leave it at that. This is most certainly not the type of play you should emulate no matter how lucky you may feel. I always like to look at gambling as akin to a night out on the town. I know it’s going to cost me some money, but I have planned for and accepted that fact. If I happen to come home with more than I started, I consider that a lucky break.

Wes Burns co-founded OnlineCasinoSites.com with a mission to help gamblers understand and navigate the regulated online casino market in all countries around the world.  Wes is a respected gambling journalist, working in the industry since 2008.